A BUI or Boating Under the Influence is no different to a DUI case except for the variation in the mode of transport. Any water vessel operated while intoxicated by either alcohol, drugs, or both can result in a BUI charge. Whether you are in a canoe, yacht, sailboat, or other water vehicle as a driver you can be convicted for a BUI offense.

BUI and DUI Similarities and Differences:

Law enforcement officers conduct a variety of sobriety tests. Same legal BAC amount rules, 0.08. Unless if you are under the age of 21, where 0.02 is the legal limit. Unlike a DUI, a first conviction BUI is punishable by a $500 fine and imprisonment of up to 6 months. Second conviction lets you pay a fine of $1,000 and 9 months imprisonment. Consecutive convictions might possibly lead to a felony charge and more severe penalties await. You can be charged with a BUI even if the engine is not running, so long as you are in the driver’s seat and in actual control of the vessel. If proven guilty, your permit to operate the vehicle will be suspended and subject to revocation and revoking you of your boating privileges. Lastly, your driver’s license will not be suspended as compared to a DUI violation.

Who Can Be Charged with a BUI Offense?

Boating Under the Influence is of equal importance to authorities. A number of sea vessel fatalities are caused by 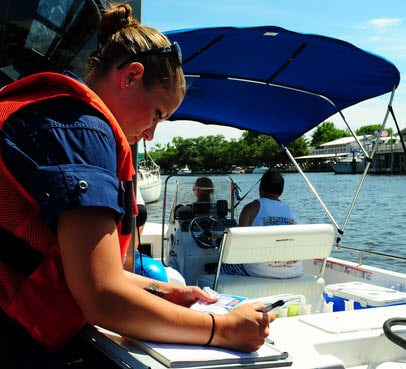 alcohol-related accidents. According to the Annual Report of Recreational Boating Statistics done by the US Coast Guard in 2014, a large % of fatalities were brought about by alcohol use. Of those convicted satisfied the following conditions: Any person who is in control or operating a vessel under the influence of alcohol or drugs. This person caused damage to property, injury or death of a human being resulting in manslaughter charges or possibly felony.

Special Provisions for Operators Under 21 Years of Age:

A special provision in the state law of Florida for all the deviants under the legal age of 21 posits that:
It is unlawful for a person under 21 years of age to operate a vessel whose BAC measurement is 0.02 or higher.
All convicted violators will be required to complete mandatory public service (50 hours); to attend boater education class, and to complete an online course which runs for 4 hours.
An underage violator who refuses to submit to chemical testing will be rendering 50 hours of public service and prohibit him/her to operate a vessel. Our BUI lawyers in Jacksonville can help you with your case.