A commercial vehicle driver is defined as someone who is operating a commercial vehicle that is used on highways or major streets with a weight of more than 13 tons (26,000 lbs.); the vehicle must be designed to transport 14 passengers or serve as cargo storage to various materials. A commercial DUI offense has more severe punishments than a regular DUI. It may mark the end of a professional career and a long time of hardship to workers where driving is their main source of income.

Commercial Vehicle DUI is Harsher than Regular DUI in Florida

Drunk driving is prohibited and merits serious consequences, however, a commercial drunk driver is given graver penalties compared to a “typical” DUI violator. A commercial driver will be charged with a commercial DUI offense if he/she fails to meet the legal limit of .04 BAC (Blood-Alcohol Content) count. Yes, that is lower than the .08 BAC level of standard DUI cases. 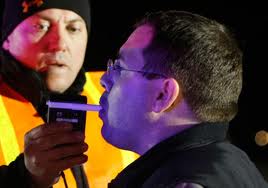 sobriety tests and chemical testing such as breathalyzer examinations, blood and urine test, the consequences are even more severe.
Violation of any of above Florida mandated laws and statutes can result in a 1-year disqualification from driving a commercial vehicle. If the situation escalates to more and subsequent violations, a permanent disqualification shall take into effect. What makes it even worse is there are no provisions that state commercial drivers can obtain a hardship license to operate a commercial vehicle when he or she violates any of these laws. A commercial driver does not have the same privileges a regular driver.

The penalty given to regular DUI’s are the same as that of a commercial DUI. The only difference is, if the commercial driver’s license (CDL) is permanently suspended, then this suspension can negatively impact a commercial driver’s professional career. Loss of license equates to a loss of job in most cases. Our Jacksonville lawyers are highly qualified and experienced in Commercial DUI cases. If you or a family member has been convicted of a DUI while operating a commercial vehicle contact us now, and let’s begin protecting your rights and career.