Perhaps one of the most difficult scenarios to prove is being guilty of taking illegal drugs while driving. Controlled substance DUI charges are a serious offense involving the consumption, ingestion or use of prohibited drugs. In the Florida Statutes of 2012, Chapter 893.03 – Standards and Schedules – enumerates a list of expansive controlled substances. If one violated such provisions, he or she may suffer charges that are similar to those of driving under the influence.

While both convictions are grave on their own, the establishment of defense remains varied. Drinking under the 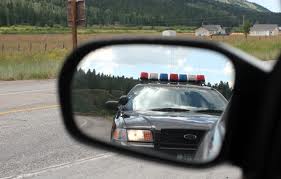 influence of alcohol is somewhat easier to prove than that of a controlled substance DUI conviction. The state prosecution will have a particularly difficult time proving that taking such drugs or medications has impaired the driver. Many factors must be taken into consideration when looking at the impact of a controlled substance; how much did the driver consume, what time was the substance ingested , and what kind of drug was it? The suspect may have taken a prescribed drug by his/her physician resulting in bloodshot eyes, drowsiness and confusion. All of these are “manifestations” of drunkenness or drug use. Another reason, posits that there are some arresting officers that have no valid certification and accreditation as Drug Recognition Experts or DRE. It means that if the arresting authority is not DRE certified and has not gone through any DRE training, then he is not qualified to evaluate and label a driver “Under the Influence of Drugs”. These two are valid defenses for your controlled substance DUI case. Our Jacksonville DUI attorneys will investigate the actual arrest and assess the qualifications of the law enforcement officer who observed you. We will help you suppress the harsh consequences of a DUI violation, particularly when it is a controlled substance charge.

Controlled Substance DUI and its Limitations

Drugs such as stimulants (amphetamines or cocaine), anti-depressants, morphine, inhalants or solvents, hallucinogens, and cannabis (marijuana), are just some of the general types of illegal drugs. Effects such as physical and mental illness, sickness, sleep deprivation, drowsiness, stress, depression or anxiety can all affect one’s driving capabilities. Not to mention his/her poor performance in the field sobriety tests and evaluation, give the impression that one is under the influence of drugs or alcohol. Be it prescribed medications or over the counter substances. Some drugs give warning to not drive any vehicle while taking them because these result in drowsiness. A Blood-Alcohol Content (BAC) test result is an unreliable source of evidence in attempting to prove an individual was driving under the influence of a controlled substance. This is because the state prosecutor has to take into consideration the time-frame of when the driver took it, what kind of symptoms he/she may have exhibited, how his/her body reacted to the drug and more. Many factors can help you have a positive and favorable case outcome.