DUI and the CDC

According to the Center for Disease Control and Prevention (CDC), nearly a third of all car accidents resulting in a death involved a driver impaired by alcohol. This is a scary statistic when you think about how far we’ve come in our knowledge of alcohol consumption and how it affects the body. Awareness regarding drinking and driving is at an all-time high and unless you live under a rock – and no one does these days – you know that impaired driving is both illegal and incredibly dangerous.

Here is some food for thought: In 2014, vehicular accidents caused over 1,000 deaths of children between the ages of 0-14 years of age, and over 200 of those deaths were directly related to impaired drivers. Of those 200+ children killed in impaired driving accidents, 100+ of them were riding in the vehicle with the impaired driver . There is absolutely no excuse for this behavior when there are a multitude of transportation options readily available. Aside from the horrendous impact that drinking and driving can have on the public at large, it also puts stress on the system itself. It’s estimated that 51 billion dollars is expended per year due to alcohol related car accidents in the United States. That includes money from insurance companies, law suits and government/city funding to repair damaged public property. Deciding to drive impaired isn’t just a gamble you make with your own life but with the lives of any passengers, bystanders and their families.

With police forces across the nation cracking down hard on impaired drivers by increasing jail time, raising fines and 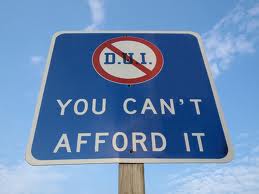 extending the suspension period for licenses, it’s no wonder that being charged with a DUI (Driving Under the Influence) has such a stigma attached to it. The worst part about driving impaired is the message you send to your friends, family and children. Parents often say “do as I say, not as I do,” but it’s always best practice to lead by example. Enforcing responsible driving in your children and family begins by being responsible yourself. While there may be organizations and government bodies preaching about the hazards of driving impaired, no message will be absorbed more effectively than the one that comes from someone you love and trust. It’s not enough for MADD (Mothers Against Drunk Driving) to make commercials about it, parents must get involved too and the proof is in the pudding. The percentage of high school aged teens driving impaired has decreased by more than fifty percent in the last twenty years. While cutting the numbers in half is fantastic progress, it really is relative; despite the reduction, that still leaves more than a million teens who admitted to having driven impaired at some point in 2015.

It has been proven that graduated licensing, enforced minimum drinking ages (in the home as well) and most of all parental involvement, have all aided in decreasing the frequency of teens who drive while under the influence of alcohol. With consequences as severe as long-term incarceration, seizure of the vehicle, permanent loss of driving privileges and a host of fines, there really is no benefit to driving while impaired. While you may find yourself handing a cab driver fifty dollars to get you home at the end of the night – it’s still cheaper than a DUI fine or paying the ultimate price of your own life.