There has been a significant rise of female drunk driving cases in recent years. This contributes to the alarming DUI statistics that state each year, more and more female drivers are being convicted for drunk driving. DUI Defense for Women can be controversial; for a long time issues such as test result prejudices and stress-induced arrests have been considered as biases when charging women for driving under the influence.

Breath Test Reactions
Studies have been conducted on the results of females who were subjected to having their blood alcohol concentration levels taken at a breath testing facility. As a result of these studies industry experts conclude that the readings are not accurate. The way in which women metabolize alcohol differs when compared to men, and as such the breath tests can produce inaccurate test readings. Hormonal changes in women also impact their overall body temperature. These factors can cause discrepancies in the breath test readings and lead to unjust penalties and outcomes for women charged with a DUI offense.

Breath testing centers often use a breath machine like the Intoxilyzer 8000 model. The machine was constructed and designed to work with the average man’s body. Because of the different metabolic rate in women the use of this machine can provide inaccurate results. Due to the ratio of fat to muscle in the composition of women, the rate at which they absorb alcohol is much quicker than that of a man. As such this can lead to a higher blood alcohol content (BAC). Another contributing factor to inaccurate results is the ADH enzyme which directly impacts the rate of metabolism in women. Men have higher levels of the enzyme and so the rate at which the alcohol turns into acetate is much quicker for them, this helps prevent the quantity of alcohol that enters their blood stream.
The amount of water within a women’s body is also smaller in comparison to men, this can be another factor that 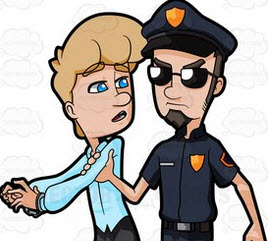 leads to a higher reading on their breath test. A man and a woman may consume the same amount of alcohol; however, the woman will likely have a higher concentration level because of the lower percentage of water in her body.
Studies show that females are prone to having higher readings with breath tests than their male counterparts.
Another finding of utter gender bias, is the breathalyzer machines used themselves. It is calibrated and fashioned according to an average man’s lung muscle weight, capacity, and other factors. Given all of these limitations it is highly likely that a woman who has been pulled over for a suspected DUI will be arrested for the offense.

Stress Related to a DUI

Sometimes arresting officers confuse a scared and stressed woman for someone guilty and drunk. When asked to pull over or get out of the car, females tend to be more cautious and sometimes may not leave their vehicle when requested. The slight hesitation may be mistaken as an omission of guilt and result in a DUI refusal charge being laid. Some women appear more visibly agitated or are prone to crying when reprimanded by a law-enforcement officer. Some females handle stress and pressure differently than men do; this can also be seen as a sign of guilt.

It is natural for women to wear high-heels while driving, especially when coming from or going to an event. When pulled over and requested to do the tests it is possible for the woman to fail due to her footwear compromising her ability to walk. Taking the test barefoot can also implicate her ability to pass the walking test as the road conditions may be extremely hot, cold, lacking proper lighting, or contain debris and materials that are painful to her feet. All of these contribute to an overall poor performance on the tests.
There’s no special treatment for women when it comes to DUI violations and penalties. The same rules apply to both sexes. Our DUI attorneys in Jacksonville are well-versed in DUI cases for women and will help you establish a strong defense against the drunk driving charges. Know that in scenarios such as this, the law offers you many different options and alternatives. We are here to present to you those diverse defenses. Our experience has taught us to be sensitive to every detail; you can rest assure in knowing that we will use all of our findings to build a strong and strategic defense in your best interests.