Driving under the influence brings with it a lot of risks. These risks include fender-benders and collisions resulting in property damages. If you need a DUI Lawyer in Jacksonville, we will help you develop the best defenses for your case and help determine whether the law enforcers legally abided by the accident investigation procedures.

Property damage is severe offense in DUI cases, even if no serious injuries or fatalities were caused. We all know that posing a threat to public security and safety is already punishable under law in itself. If proven guilty, this act of “recklessness driving” will definitely contribute to a severe punishment. Florida Statute 316.193(3) (DUI Misdemeanor Conviction: (Accident Involving Property Damage or Personal Injury) posits that: “Any person who causes property damage or personal injury to another while driving under the influence is guilty of a First Degree Misdemeanor (not more than $1,000 fine or 1-year imprisonment).”

In Florida a DUI property damage is considered a First Degree Misdemeanor.; meaning you may not be labeled a “felon,” but harsh penalization will still apply. You can expect to face community service, DUI school, or possibly jail time. A restitution or monetary compensation will be asked from the offender to make reparations for the damage caused to the vehicle or to the injured person.

Restitution is a court-ordered penalty as consequence to your drunk-driving. However, the State shall first establish
and make clear the connection of the damages during the accident. Meaning it is not an automatic punishment. The prosecution must skillfully prove that the damages or injuries caused were made by you and your impaired driving.

How can it be Labeled DUI Involving Property Damage? 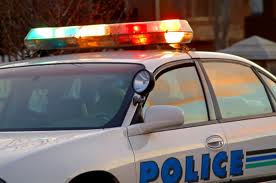 The violator was in actual control of the car.
While driving the defendant’s driving capabilities were impaired because he or she was under the influence of alcohol or drugs.

The violator had a BAC reading of .08 or more grams of alcohol present in his/her body.
As a consequence to his or her being impaired, the violator caused or contributed damage to a property or injury to a person.

An extensive investigation of your case will be the first priority of our experienced Jacksonville DWI Lawyers in order to provide you with the best chance of averting a conviction.

DUI Property Damage and a Paradox

Under Florida Statute 316.066(4), there is such a law called, Accident Report Privilege. “…each crash report made by a person involved in a crash and any statement made by such person to a law enforcement officer for the purpose of completing a car crash report… may not be used as evidence in any trial, civil or criminal.”
This is only applicable to cases if during the arrest there was no Miranda warning given. Or the law enforcement officer must openly address the situation as a “criminal investigation” followed by Miranda warnings. Only then can the defendant’s statements be admitted. In a scope, this privilege may protect you if you have been charged with a DUI after the actual accident.